There’s been some incredible moments throughout our business journey which we are extremely proud of. Before we start reeling them off, we’d like to take this opportunity to thank everyone who has supported us, because without you our highs would not have been reached, that goes for our student magazine partners and readers alike.

This is the first major achievement that springs to mind – it really was a big deal. Shortlisted from thousands of businesses we attended the awards ceremony where we anxiously ate world-class food at the prestigious St. Pancras Renaissance Hotel London before the competition winners were announced. On the day, £450,000 was awarded to 9 different regional winners. We won the Eastern Region and with that took away £50,000 to boost our business, beating off some serious competition. A further £3,000 was awarded to all the 18 runners-up. You can imagine the atmosphere as over half a million pounds was given to 27 business competition finalists – it was truly unreal.

We’ve not stopped talking about this since it happened – and why not!? We’re always pushing for the very best in everything we do, but in terms of coolness, nothing tops this. Ed Sheeran and his management team turned up to one lucky student competition winner’s home and performed a live set in their back garden. Ed Sheeran stayed around after for a meet and greet, signed CDs, and enjoyed pizza with the party competition winner and her guests. We filmed the whole thing and you can watch it back on YouTube. It’s true what they say, Ed really is a top bloke.

Not only was this a really huge challenge, but one that we achieved with a small team whilst half the country was closed due to severe floods! That didn’t stop us though. In 2013, we split up into teams and travelled the UK, launching our student magazine across 11 selected cities providing national coverage. From this point, we continued to grow until we had established our student magazine in 22 UK cities by 2017, covering England, Scotland, Wales and Northern Ireland! Fast forward to today and we reach students in over 50 student populated UK towns/cities.

To find out more about our student magazine, business and for the opportunity to partner with us, please get in touch. 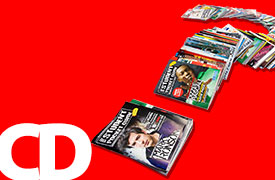 Our in-house creative design team works with our clients to visualise their campaigns. 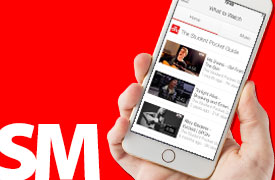 What was once simply a platform for communication has become a fundamental element of modern culture.